Perham Public Schools has named Mike Kunza the new Heart of the Lakes Elementary School (HOTL) Principal after approval from Independent School District 549 Board on June 8.

Kunza will replace Elizabeth Johnson, who announced she was leaving for a job with the Austin School District.

Kunza, formerly the HOTL Dean of Students, transitions into a new leadership role within the school district. 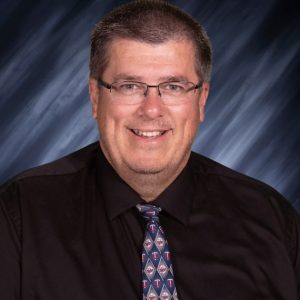 “It’s exciting to me to be the principal in the town that you grew up in. It’s a pretty surreal thing,” Kunza said. “I’m extremely excited to get started with the students, staff and families.”

Perham Public Schools Superintendent Mitch Anderson said Kunza will be a familiar face for many students, families and community members.

“His latest role as the Dean of Students at HOTL has prepared him nicely for his new role as principal,” Anderson said. “Mike takes a lot of pride in knowing the names of every student that walks the halls of the HOTL, and has already established so many positive relationships with students, staff and parents. He’s a great listener, strong communicator and bleeds black and yellow.”

Overall, there were 16 applicants for the jobs at HOTL and Prairie Wind Middle School. Anderson said the characteristic that stood out for both hires was their emphasis on building strong relationships with students, staff and community. James Kennedy was named the principal at the PWMS.

“They have had the opportunity to build those relationships to a certain level in their previous positions, and I look forward to seeing them expand and grow stronger relationships with even more people in their new positions,” Anderson said.

Kunza started his career in education at St. Paul’s School as a teacher. He taught for 16 years before transitioning into a principal position. After his time as building principal, Kunza taught for four years at HOTL, before becoming the Dean of Students, which he served for three years.

Kunza said being named principal has always been a lifelong dream of his and it is very exciting. He said his experience as being a teacher at the HOTL and Dean of Students gives him an understanding of how the school runs.

“I’ve created a lot of good relationships with a lot of people, families and kids,” Kunza said. “That’s going to help the transition.”

Kunza said student success is his No. 1 priority at the HOTL.

“For every kid that’s in the school, we want to provide the best education that we can,” Kunza said.” We want to give everyone a sense of ownership in the school. We want people to know that we are student centered and everything we do is about our kids.”