Kennedy will replace Scott Bjerke, who announced his resignation from the position at the end of the 2021-22 school year.

Kennedy, formerly the Perham High School Dean of Students, transitions into a new leadership role within the school district. 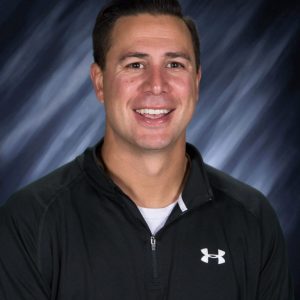 “I’m still in disbelief a little bit, but I’m extremely excited to have the opportunity to be the leader of that building,” Kennedy said. “I’m eager to get started. I know I have some ins and outs that I have to work through and there is a lot of orientation that will need to take place, but I’m very excited.”

Perham Public Schools Superintendent Mitch Anderson said Kennedy will be a familiar face to many of the students at PWMS.

“Mr. Kennedy has gained valuable experience in taking on different leadership roles within the district the last few years,” Anderson said. “No matter what role he has filled in the district, Jim’s high energy and common sense approach to situations have been prevalent.”

“They have had the opportunity to build those relationships to a certain level in their previous positions, and I look forward to seeing them expand and grow stronger relationships with even more people in their new positions,” Anderson said.

Kennedy started his career with Perham Public Schools as a Physical Education Teacher at the Heart of the Lakes Elementary School. He worked in that role for more than six years. During that time, he started his pursuit of a principal position. He said he has been an aspiring principal for five years. He served as Student Success Coordinator at Perham High School before moving into the Dean of Students role.

“I’ve always felt that I’ve had a leadership quality in me in everything that I have done, whether that was education, sports, work, family and friends,” Kennedy said. “As time went on in education, I felt like I’ve always wanted more and to make a bigger impact. I was lucky enough to do that being a physical education teacher and the other roles that I have played.”

Kennedy emphasized building relationships with students, staff, families and the community as he prepares for his new role as PWMS Principal.

“The biggest thing I’ve always talked about is relationships,” Kennedy said. “I think we have to be able to foster those relationships in our building, not just with our students but one another and families and our community as well for the greater success of our students.”